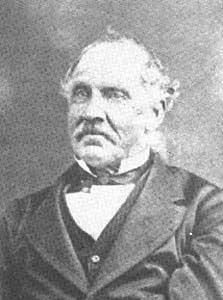 On Leicbhardt's second, expedition he tells us that he collected upwards of one thousand plants where practicable, and these were placed in the National Herbarium, Melbourne.

In Leichhardt's "An Account of a Journey to the Westward of the Darling Downs, undertaken with the View of_Examining the Country between Sir Thomas Mitchell's Track and My Own," and on his expedition to Peak Range, he speaks, highly of the seeds and plants Bunce collected, Bunce also collected, “in the neighbourhood,of the Darling Downs, and especially in the dense brushes of Moreton Bay and northerly ranges of Wide Bay." He reached Melbourne (St.Kilda) after an absence, with Leichhardt and on his own account, of nearly, three years, "After recruiting, we resumed our travels down,the' Murray River, which we followed till it joined the sea, through Lake Alexandrina and Encounter Bay-having by this means followed the Great Western system of waters from their, upper sources in the tropics.” An account of this excursion was published in the Me1bourne Argus under the title of ., Journal of a Naturalist."

Mr. William Sangster, of Melbourne, has favoured me with the following information :-

"Daniel Bunce, who was designer and first curator of what used to be designated, the, Geelong Botanic Gardens, claimed the honour of being Victoria's first botanist. In 1852-53 he.was manager of a Bendigo mining, company, and used to send interesting contributions to the Melbourne Argus descriptive of the flora of the, Bendigo Ranges. Mr Bunce, with whom I was intimately acquainted, was a botanical enthusiast, and managed, with little money help, to establish a collection of trees and plants in Geelong almost equal to that of the, Melbourne Botanic Garden."

"A Manual of Practical Gardening for Van Diemen's Land" (Hobart Town, 1838);
"The Australian Manual of Horticulture,"
"Hortus Tasmaniensis;”`
"Guide to Linnean System of Botany; “
"Manual of Pract. Gardening, &c." (2nd ed., Melb" 1850);.
"Languages of the Aborigines of Victoria and other Australian Districts, with Parallel Translations,and Familiar Specimens in Dialogue” (l2mo, Melb., 1851);
"Wanderings in the Australian Colonies" (Journ. of Australasia, i, 1856);
"Australasiatic Reminiscences of. 23 .Years' Wanderings in Tasmania .and the Australias"; including Travels, with Dr. Leichhardt in North or Tropical Australia” (Melbourne. 1857). (This work contams many autobiographical notes.)
"Languages of the Aborigines of Victoria and other Districts; Dialogues, Parallel Trans., &c.” ( Geelong, 1$59,)

He is commemorated by Panicum buncei, F. v. M.