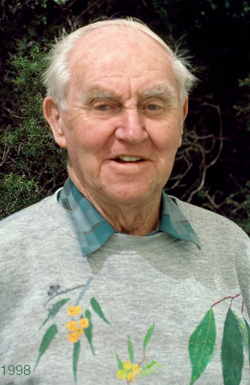 Chippendale was born in Sydney, Australia, the eldest of six, and grew up in the Sydney suburb of Paddington. He left school at 14. After a short stint as a draper, his Mother helped him get a job at the Royal Botanic Gardens, Sydney in 1936 as the tea boy. He stayed working at the Gardens until serving in the Australian Army during World War II. In 1943 he married Joan. Post war, he returned to the Gardens and due to his army service, was able to study for a Bachelor of Science at Sydney University. He made life-long friends at the Gardens who mentored him during his university study and future career. Part of his work at the Gardens was to identify plants brought in by members of the public which gave George a broad background in plant identification.

In 1954 Chippendale moved to Alice Springs with his wife and 3 children as the first resident taxonomist, a job which he loved. When he arrived in Alice Springs only a small collection of specimens existed, these having being gathered by members of CSIRO, various veterinary officers and stock inspectors of the Animal Industry Branch. No public herbarium existed in the Northern Territory at that time and Chippendale's responsibilities extended throughout the Northern Territory. He made many trips into the bush with colleagues and assistants to collect plant specimens. These specimens were the basis for the present Northern Territory Herbarium.

In 1961 Chippendale and family, travelling to visit family in Sydney, were involved in a car accident near Maryborough, Queensland resulting in the loss of his wife and youngest daughter. He suffered many broken bones, but signed himself out of hospital to return to Alice Springs to care for his three elder children.

Chippendale married Thelma, in 1963 and celebrated the birth of a fifth child prior to moving to Canberra in 1966.

He moved to Canberra in 1966 to take up the position of senior botanist in the then Forestry Research Institute, which became the Division of Forestry Research, CSIRO. He chose the position over a possible stint as the Director of the Botanic Gardens in Canberra due to his preference to continue with pure botany rather than administrative tasks. His main specialisation became the genus Eucalyptus.

For twelve months during 1972-73 Chippendale became the Botanical Liaison Officer at Kew Gardens in England where he examined type material of eucalypts, also travelling to several European herbaria to examine similar material. This helped him prepare a technical note, "Herbarium Specimens of Eucalyptus Photographed in Europe", as well as a record of those who had collected the material.

He is noted in particular for his work on Eucalyptus, having published a number of books on the subject (Eucalyptus Buds and Fruits (1968), Eucalypts of the Western Australian Goldfields and Adjacent Areas (1973) and Flora of Australia Vol. 19 Myrtaceae - Eucalyptus, Angophora (1988)). He also prepared a Check List of Northern Territory Plants (1972), a handbook on fodder trees and shrubs of the Northern Territory (1960), and contributed to the updating of several forestry handbooks. His main herbarium is to be found in CANB and DNA, with duplicates in many other institutions. 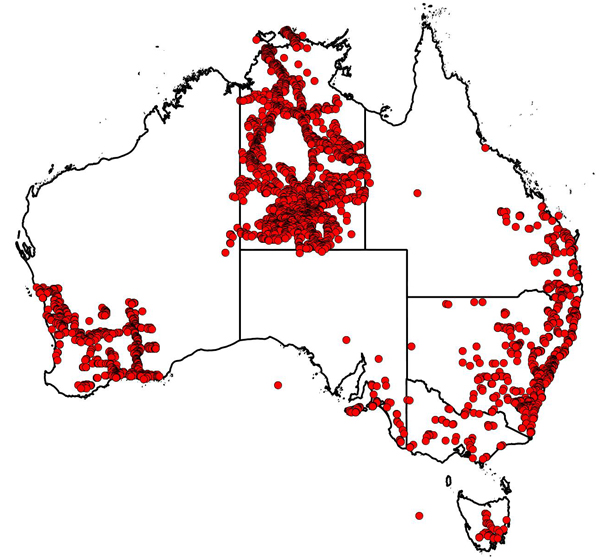