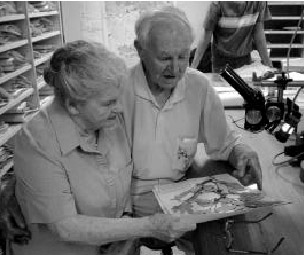 Botanist George Chippendale married Thelma Gore in 1963 after the death of his first wife in a car accident in 1961. They celebrated the birth of Georges fifth child in Alice Springs prior to moving to Canberra in 1966 where he took up the position of senior botanist in the then Forestry Research Institute, which became the Division of Forestry Research, CSIRO.