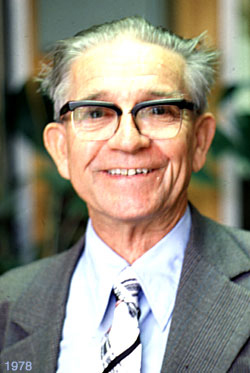 After working as a botanist in western Queensland, particularly in the Blackall region, from 1936, Everist was appointed Government Botanist for Queensland 1954-1971, succeeding W.D.Francis, and Director, Botany Branch and Queensland Herbarium from 1971. He retired on 2 July 1976. Throughout his career his major interest was in economic botany, with particular emphasis on weeds and poisonous plants. His book Poisonous Plants of Australia (1974, 1981) remains the classic work in this field. Under his direction, the Queensland Herbarium was among the first to embark on electronic databasing of its label data. His collections are housed in BRI, with some also in A, LCU and MO.