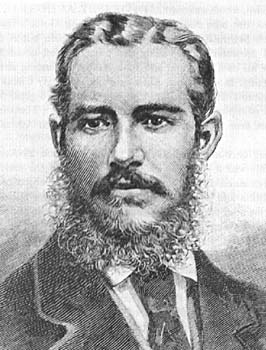 He accompanied his brother, John Forrest, in two important expeditions, and in 1871 he took charge of a private expedition to the eastward in search of pastoral country. Owing to a late start, he and his party were compelled to make for the coast when they had reached latitude 31 degrees south, longitude 123 degrees east. This course led them to Mount Ragged, whence, proceeding westerly, they returned to Perth by way of Esperance, having penetrated inland six hundred miles and found a considerable area of good country.

In 1879, Alexander Forrest led an expedition from the De Grey River to the now customary goal, the overland telegraph line of South Australia. He left the De Grey on the 25th of February, and reached Beagle Bay on the 10th of April, the country passed over being like most land in the immediate neighbourhood of the coast, poor and indifferent.

From Beagle Bay he followed the coast round to the Fitzroy, and proceeded up that river until he encountered a range, which was named the King Leopold Range. Here the party left the Fitzroy, of which river Forrest speaks very highly, and struck north, looking for a pass through the range. It proved to be very rough and precipitous, and when at last they reached the sea, they found themselves in an angle, wedged in between the sea and the range, romantic and picturesque, according to Forrest's description, but quite impassible. Here, too, the natives approached them in threatening numbers, but through the exercise of tact, peace was preserved. On the 22nd of June they attacked one tier of the range, and after a steep climb, which caused the death of one horse, they reached the height of 800 feet and camped. Finding it so hard upon the horses, Forrest left them to rest, and went on foot to discover a road. But he came upon endless rugged zigzags, which so involved and baffled him that he gave it up in despair, and returned. He had now, most reluctantly, to abandon the idea of surmounting the range, and to make for the Fitzroy once more. Following up the Margaret, a tributary of the Fitzroy, he managed to work round the southern end of the range, which still frowned defiance at him, and at last reached the summit, the crest of a tableland, whence he saw before him good grassy hills and plains. Of this country, which he called Nicholson Plains, Forrest speaks most enthusiastically, and doubtless, after the late struggle with the range, it must have appeared a perfect picture of enchantment.

On the 24th they reached a fine river, which was then running strong. They named it the Ord, and followed its course for a time. Thence he continued his way to the line, and on the 18th of August came to the Victoria River. From the Victoria, Forrest had a hard struggle to reach the telegraph line. The rations being nearly exhausted, and one man being very ill, the leader started for Daly Waters station, taking one man with him. After much suffering and privation they at last reached the line, and obtained water at some tanks kept for the use of the line repairers. The absence of a map of the line led Forrest to follow it north, away from Daly Waters, and it was four days before they overtook a repairing party and obtained food.

Alexander Forrest was afterwards for many years a member of the Legislative Council of West Australia, was for six years Mayor of Perth and a C.M.G. He died on the 20th June, 1901. A bronze statue was erected to his memory in Perth, Western Australia, by his friends.