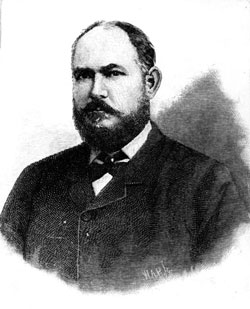 In 1869 he led an expedition in search of Leichhardt, and in 1870 led another from Perth (Western Australia) to Adelaide (South Australia) around the Great Australian Bight. Apparently neither of these involved plant collecting. In 1874 he crossed the Great Victoria Desert from Champion Bay, Western Australia, to the Overland Telegraph Line in the Northern Territory. The botanical collections from the latter expedition were sent to Mueller and are now in MEL. Forrest later became Deputy Surveyor-General for Western Australia, held other government posts, and became the first Premier and Colonial Treasurer of Western Australia. After 1901 he held ministerial posts in the Federal Government, including Acting Prime Minister.