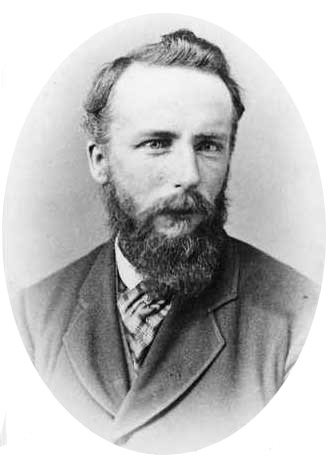 Christopher Giles arrived in South Australia in June 1849 at the age of about 9 aboard the ship Calcutta when his parents, Christopher Snr. (c. 1802-1884) and Hannah (née Tester, c. 1814-1900), brought their six children from England to settle on the upper Wakefield River. In 1852 Christopher Giles Snr. established a pastoral lease on Ketchowla Station about 200 km north-north-east of Adelaide.

Christopher Giles (Jnr.) was a surveyor on the 1869-1870 expedition led by George Goyder, which completed a land survey of the Northern Territory and selected Palmerston as the site for the capital. Along with his younger brother Alfred he was involved with the surveying of a route for and construction of an overland telegraph line between Adelaide and Darwin, which was completed on 22 August 1872. Christopher Giles later became stationmaster of the Charlotte Waters Telegraph Station and served there until 1876. He was a friend of the explorer W. E. P. (Ernest) Giles, whose expeditions were hosted at Charlotte Waters in 1872 and 1874. Ernest Giles named Christopher's Pinnacle [now Christopher Pinnacle], NT and Lake Christopher, WA for his friend.

Plants collected by and named for Christopher Giles

Maiden (1914) and Hall (1978) state that Christopher Giles collected the type of Eucalyptus salmonophloia F.Muell. in "the vicinity of Victoria Springs", WA, although the protologue for this name (Mueller, 1878) cites "E.Giles" as the collector. Since Ernest Giles visited and named Queen Victoria Springs, WA, in 1875 he may be the more likely candidate.

The respective protologues make it clear that Christopher is commemorated by Eremophila christopheri (Mueller, 1875b)—this should not be confused with Eremophila gilesii (Mueller, 1873), which is named for Ernest!— and that the genus Gilesia (Mueller, 1875a) is named for both Christopher and Ernest Giles. Cyperus gilesii and Panicum gilesii are usually listed as honouring Ernest Giles, although the type details for both species are given by Bentham (1878) only as "Central Australia. Charlotte Waters, Giles.".

Portrait of Christopher Giles, ca. 1890 courtesy of the State Library of South Australia, catalogue number B 4752.