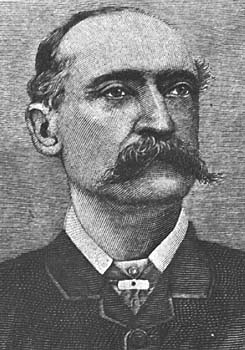 Came to Australia in 1851. He conducted four major expeditions: in 1872 and 1873 to northern South Australia and Central Australia; in 1875 from Beltana via the Gawler Ranges, Ooldea and the Great Victoria Desert to Perth; and the return in 1876 through the Gibson Desert, Rawlinson Range and north-western South Australia. Botanical collectors on these expeditions were Christopher Giles (1872, 1873), and Jesse Young & W.H.Tietkens (1875, 1876). The collections from the expeditions were described by Mueller, and are in MEL, with some also in CANB, KIEL and P.