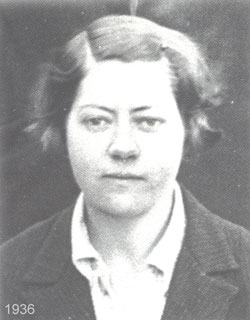 Doris Alma Goy (1912-), botanical collector, was born in Mount Morgan, Queensland, daughter of Joseph Goy, engine driver, and Mary, née Petersen. After her education at the Mount Morgan State Primary and High Schools, Doris joined the Queensland Public Service as a clerk in the Department of Agriculture and Stock in Brisbane.

In the early 1930s Doris transferred to the Queensland Herbarium where she became interested in plants, especially ferns. Her marriage in 1942 to botanist Lindsay Smith (who later joined the Herbarium staff) brought compulsory retirement.

Undaunted, Doris maintained her interest in botany while raising two children. In her years at the Herbarium and later, by herself, or with her husband Lindsay, she collected some 1090 plant specimens, mostly ferns, which are now part of the Herbarium collections.

Between 1937 and 1946, Doris published a series of papers (some with Government Botanist C.T. White) on Queensland ferns in the Queensland Naturalist, North Queensland Naturalist and Victorian Naturalist. One of her specimens collected on Magnetic Island, off Townsville, in1938 became the basis for the scientific description of a particularly distinctive native Croton by the British botanist Ken Airy Shaw in 1980.

Following her husband's death in 1970, Doris collated his study notes to help find a biological control for Lantana. Their joint account was published as a Botany Bulletin of the Queensland Herbarium in 1982. Doris was living in retirement in Brisbane in 1997.