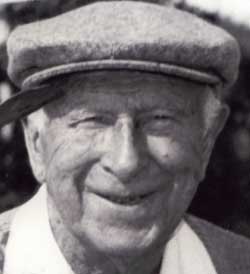 He was a curator and conservationist, and became noted for his services in the conservation of native orchids. He was a co-founder of the Native Orchid Society of South Australia and was a member of the Australian Orchid Foundation.

As a boy he had a general interest in orchids. However, it was not until his mid-fifties that his interest was focussed on the preservation and conservation of native orchid species. Thus it was in the mid-1970s Hargreaves and others saw a need for a group that could be called upon to rescue terrestrial native orchids from sites about to be cleared for a cultural purpose or development, to cultivate and propagate rescued native orchid species to ensure their survival, and to promote the need to conserve and protect local native orchids. The Native Orchid Society of South Australia was subsequently established and its inaugural meeting was held in March 1977 with Hargreaves as Secretary.

Hargreaves assisted in establishing the R.S.Rogers Shadehouse in 1982 in the grounds of the Adelaide Botanic Gardens. This project, in recognition of the contributions to orchidology by Dr Richard Sanders Rogers, late of Adelaide, served to perpetuate native terrestrial orchid species through cultivation so as to provide plants for research programs and to provide visiting botanists with live plants to study. Hargreaves managed this nationally recognised project for more than 14 years.

In addition to his work with native orchids, Hargreaves was also a life-member of the Orchid Club of South Australia where he was the Librarian for several years.

Hargreaves' dedication to the conservation of Australian native orchids was recognised in 1997 with the Order of Australia Medal, O.A.M.