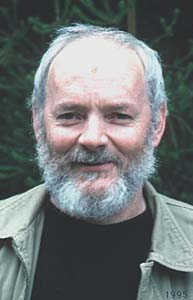 Began work at the Australian National Botanic Gardens as a Horticulture apprentice in 1964 aged 15½. One of the first jobs was doing stone work in the Rainforest Gully with Peter Zander to establish the framework for this feature and worked with Stan Kirby and John Wrigley. Worked at the gardens on and off over 5 years until finishing his apprenticeship at the end of 1968. Started as Gardener in Charge at Jervis Bay Botanic Gardens Annex to ANBG in March of 1969 and worked in that role with short breaks until 1996.

The breaks included stints as Senior Development Officer at ANBG, and Horticulture Supervisor at ANBG and a term as a Project Officer with the Australian Science and Technology Council (ASTEC) and Dept. of Prime Minister & Cabinet. During this time completed a Bachelor of Science Degree from Charles Sturt University and Associate Diploma of Parks Management. In 1996 took up the Operations Manager position at Booderee National Parks and then for a term as Park Manager at Uluru National Parks then as Operations Manager of the Northern Region of Kakadu National Park. Moved to Norfolk Island in 2000 where he was appointed Australian Government Conservator and Manager of the Norfolk Island National Park and Botanic Gardens for 3½ years. During this time the Mt Pitt road was reconstructed and many new developments in the park and Botanic Gardens were undertaken. Projects such as the Plan of Management and EPBC listing of 40 spp were completed.

Resigned from the Commonwealth in 2003 and in September of 2004 took up the position of Manager, Land Use and Environment and Conservator of Public Reserves for the Norfolk Island Administration, which he held for a couple of years.