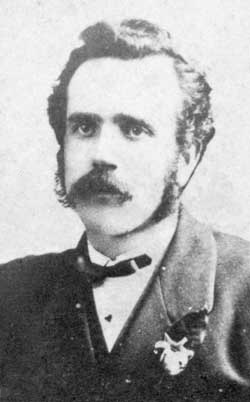 James (Jas.) Keys emigrated to Australia from Ireland in 1873 and worked as a school teacher in various state schools in south-east Queensland. Civil servant records show that on 10th October 1873 Keys was appointed as a teacher. He rose to the position of head master at Bundaberg Central Boys School between July 1887 and 1898. In July 1900 Keys was appointed head teacher at Norman Park School in Brisbane. He retired from public service about 1904. He was a good friend of F.M. Bailey because of his special interests in Queensland flora. In 1876 he is recorded collecting plants near Ipswich, Queensland.

He made important, pioneering collections of plants between 1880 and 1914 at Mt Perry, Bundaberg, Bustard Heads, Burrum River, Eurimbula, Pine Mountain, Lake Cootharaba, Blackall Range and Norman Creek. There are about 600 of his collections in the Queensland Herbarium, however, many of his specimens of lichens and mosses were sent to specialists in Europe by Bailey. Keys was interested in uses of plants and documented aboriginal names in the Mt Perry district, as listed in the ‘Queensland Flora'. Bailey encouraged him to compile a comprehensive collection from the Upper Burnett and Mt Perry (in the Wide Bay district) and this culminated in the first local checklist of plants in Queensland from outside of the Brisbane area.

James Keys was a keen member of the Queensland Royal Society and a Fellow of the Linnean Society, London.

Bailey, F.M. 1884. A contribution towards a flora of Mount Perry. Proceedings of the Royal Society of Queensland 1: 61-76.