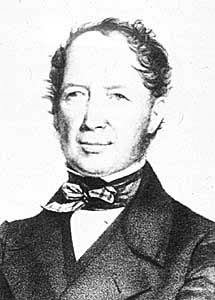 Assistant librarian to Banks; Assistant Secretary to the Royal Horticultural Society (1822); first Professor of Botany at the University of London (1829-1860); lecturer in botany to the Apothecaries' Company (1836); later Professor of Botany at Cambridge University. It was on his Report to Treasury and Parliament that the Royal Garden at Kew was saved from destruction in 1838. One of Britain's foremost botanists, his particular connections with Australia included his descriptions of the plants of Mitchell's expeditions (1838) and an Appendix to the Botanical Register (1839) describing plants (mainly those of Drummond and Molloy) of the Swan River Colony, Western Australia. He was also instrumental in the appointment of Charles Moore as Director of the Sydney Botanic Gardens, New South Wales. His main herbarium (including collections sent from Australia) is in CGE, with some duplicates in BM and K (all orchids at K).