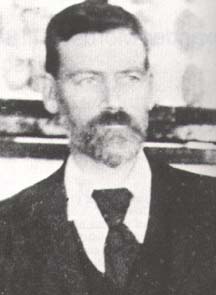 Morrison was a retired medical practitioner in 1897 when he was appointed as Western Australia's first official botanist in the Bureau of Agriculture. He was retrenched from this position in 1906, again becoming a practicing doctor before moving to Melbourne in 1912. Here he was associated with Ewart at MEL in the year before his death. He collected extensively in Western Australia and Victoria, briefly at Gawler in South Australia, and undertook an excursion to the New Hebrides (Vanuatu) in 1896. Morrison amassed a sizeable private herbarium, which he bequeathed to the University of Edinburgh. Of these, E now holds about 9000 specimens, about 5000 were donated to K in 1930, and about 7000 were distributed to AD, CANB, MICH, PERTH and US. Other herbaria known to have some specimens are A, B, BM, BRI, CORD, GH, L, MEL, MO, NH, NSW, P, S, US, WAG and WRSL.