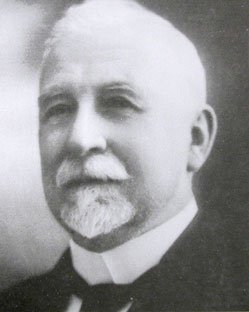 Son of Charles Turner, gardener, and his wife Anne, née Terry. Educated privately, then at Thirsk and York, he became interested in applied aspects of botany and horticulture at the royal nurseries at Handsworth, Yorkshire, and Hammersmith, London. He collected plants in Britain, Europe, the Canary Islands and South Africa.

In 1874 he left the Royal Vineyard Nursery, London, to work at the Brisbane Botanic Gardens. Encouraged by the director Walter Hill, he improved the gardens and was praised in parliament. Turner married Welsh-born Jane Isabella George, daughter of a gardener, at All Saints Church, Brisbane, on 5 September 1877. During extensive botanical excursions on which he spent six weeks with the Aborigines, he collected 'upwards of 10,000 specimens', among them the Fraser Island creeper (Tecomanthe hillii) which he boldly declared was 'the rarest Australian plant'. In 1879 he became curator of the Queensland Acclimatisation Society's gardens and plantations at Bowen Park, Brisbane, winning awards for his 'comprehensive and unique collection of plants of commercial importance'.

Joining the grounds staff of the Botanic Gardens, Sydney, at seven shillings a day in April 1880, he worked amicably under the director Charles Moore in the Garden Palace Grounds. Next year Turner was invited 'to re-design and beautify Hyde Park, Sydney'; he 'removed about 60' Moreton Bay figs 'in one year' and planted groups of the palm, Phoenix canariensis, as well as various deciduous and evergreen species.

In May 1890 Turner was appointed economic botanist in the new Department of Agriculture. He received 'over 2000 letters' in 1892 and in 1890-93 contributed some 140 articles to the department's Agricultural Gazette of New South Wales. He mainly wrote about crops, weeds and toxic plants, grasses, pasture plants and agricultural procedures. His retrenchment in 1893 was criticized as 'a public calamity'.

Contributing from 1885 to the Australian Town and Country Journal, Turner also wrote regularly for the Sydney Morning Herald for over twenty years. A member of the Linnean Society of New South Wales from 1891 and a councillor (1897-1912), he had contributed over 100 papers to its Proceedings by 1922. In addition, he published a Census of the Grasses of New South Wales (1890), Forage Plants of Australia (1891), Australian Grasses (1895) and Australian Grasses and Pasture Plants (1921) which was illustrated by his daughter Mary.

In 1907 Turner completed three manuals for Anderson & Co., seedsmen, the copy for which was declared to be 'the acme of perfection and neatness, characteristic no doubt of the man'. That year he gave evidence before the royal commission on forestry. His work became widely acclaimed. The forthright Yorkshireman attacked Joseph Maiden and E. Breakwell, implying that both of them had drawn excessively from his own writings and illustrations without due acknowledgement.

Turner recorded that he had travelled over 50,000 miles (80,467 km) 'on the Australian continent from Cleveland Bay and Kuranda in Northern Queensland to the vicinity of Perth in Western Australia', collecting material and popularizing indigenous fodder plants.

Fred Turner died in hospital at Chatswood on 17 October 1939 and was buried in the Anglican section of Northern Suburbs cemetery. Predeceased by his wife and a son, he was survived by two daughters and a son.