Extensive areas have been cleared for grazing in the Brigalow Belt and the Mallee bioregions. Major areas are included in state forests and other crown reserves in Queensland and New South Wales. 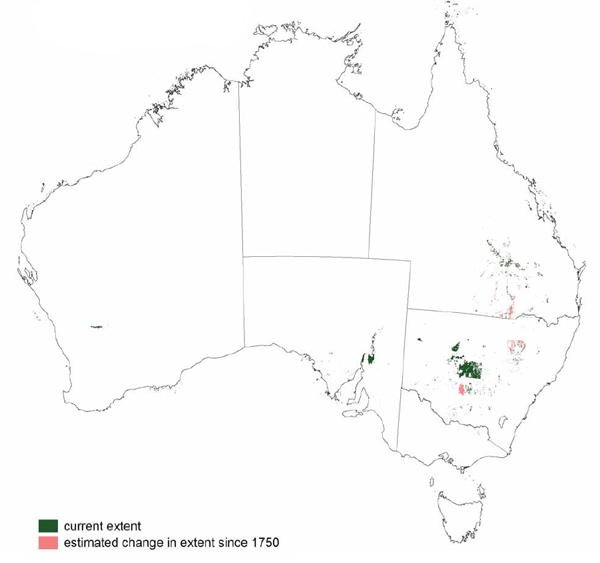