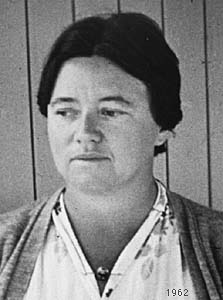 She graduated from the University of Sydney in 1937 with a degree in petrology. At this stage she had studied no botany.

From 1938-45 she studied Botany 1-3, Genetics, Psychology and Japanese as a post-graduate student, and was awarded an M.Sc. in Botany in 1947 for her thesis entitled 'Vegetation of the Wianamatta Shale and Associated Soil Types'.

She was Research Assistant in the Department of Botany at the Sydney University in 1940-42 where she worked on atmospheric pollen.

From 1943-45 she was Scientific Officer for the government Scientific Liaison Bureau. In 1945 she established a private partnership of 'Phillips & Jones Educational Services' in Sydney which specialised in advisory work for private schools and the organisation of teachers' classes in certain subjects. In 1947 she was appointed Teaching Fellow in the Dept of Botany, University of Sydney.

She completed a PhD at the University of Manchester in the UK in 1952 on the topic of 'The quantitative morphology and ecology of Eriophorum angustifolium Roth', after which she returned to the Botany Department of the University of Sydney.

She was Ecologist with the Snowy Mountains Hydroelectric Authority in the 1950s, but left amid conflicts over policy towards development and future erosion.

She was appointed Botanist at the Canberra Botanic Gardens (now Australian National Botanic Gardens), Australian Capital Territory, in June 1960, succeeding Erwin Gauba. When she joined the Gardens, she negotiated the continuing use of a wooden hut in the Kosciusko State Park, called 'Happy Jack's Hut', as an alpine field collecting station. It thereafter became known as Dr Phillips' Hut.

For a couple of years from 1967 she undertook some teaching of botany at Signadou Teachers College (now the Australian Catholic University) in Canberra, while still employed by the Botanic Gardens.

She retired from the Canberra Botanic Gardens under unfortunate circumstances in December 1973 at the age of 56. She died in 1977.

Most of her collections were lodged in CBG, now transferred to CANB.

Read her views on the Canberra Botanic Gardens and its Herbarium here. 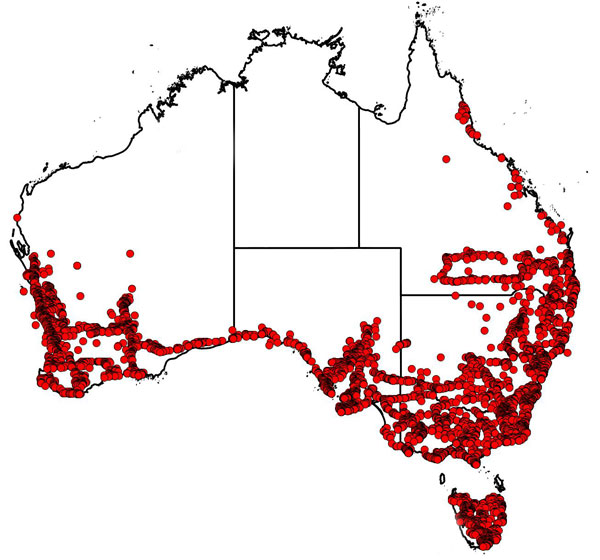