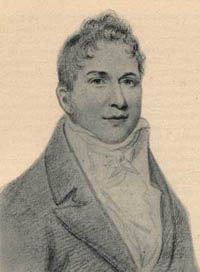 Trained in medicine and botany; lecturer in botany at Guy's Hospital, London, 1788-1796. Purchased Linnaeus' collections in 1784. Founded the Linnean Society in 1788 and was President until 1828. Published widely on Australian plants, of particular note being his contributions to John White's Journal of a Voyage to New South Wales (1790), his own A Specimen of the Botany of New Holland... (1793-1795) and 3348 articles in Rees' Cyclopaedia (1802-1820). Smith's herbarium contained collections by many others, including the following of particular importance to Australia: R.Brown, J.J.H. de Labillardière, C.Linnaeus, A.Menzies and J.White. The herbarium was bought by LINN in 1829, and is available on microfiche. A set of 268 Australian specimens is at LIV (colour transparencies held at CANB), particularly material of J.Banks, R.Brown, D.Burton, G.Caley, J.J.H. de Labillardière, A.Menzies, A.Phillip and J.White. Another set of duplicates is in MANCH (Conn, 1994), and some are at DBN (Nelson, 1996).