Tryon attempted medicine at the London Hospital but turned towards the study of natural history. Soon after leaving medical school he was collecting plants and insects in Sweden following the footsteps of Linnaeus.

Tryon migrated to New Zealand, managing a grazing property for his ! father. He soon left New Zealand for north Queensland and in 1883 he was appointed Assistant Curator of the Museum in Brisbane. In 1894 he was appointed as Queensland's first professional Entomologist and later in I 1901 the Vegetable Pathologist. These posts he held until his retirement on 31st December, 1925.

Tryon had a brilliant scientific mind, a sarcastic tongue and the looks of a 'typical' Englishman. He had many friends from various institutions; his contemporaries included such well known figures as R.L. Jack, F.M.Bailey, Joseph Bancroft, C.W. de Vis and C.T. White.

He collected plants throughout Queensland but Tryon is most valued for his collecting at Percy Islands between 1903-1906. Tryon is commemorated by Queensland fruit fly, Dacus tryoni (Froggatt) and plants Helichrysum boormanii var. tryonii Domin. and Stackhousia tryonii Bailey.

In 1895 he visited Papua and collected, among others, the successful cane variety 'Badila'. He actually collected some caterpillars of Cactoblastis cactorum in Argentina and brought them alive to Brisbane, but was unable to rear them to the adult stage.

Map of collecting locations from AVH for Henry Tryon: 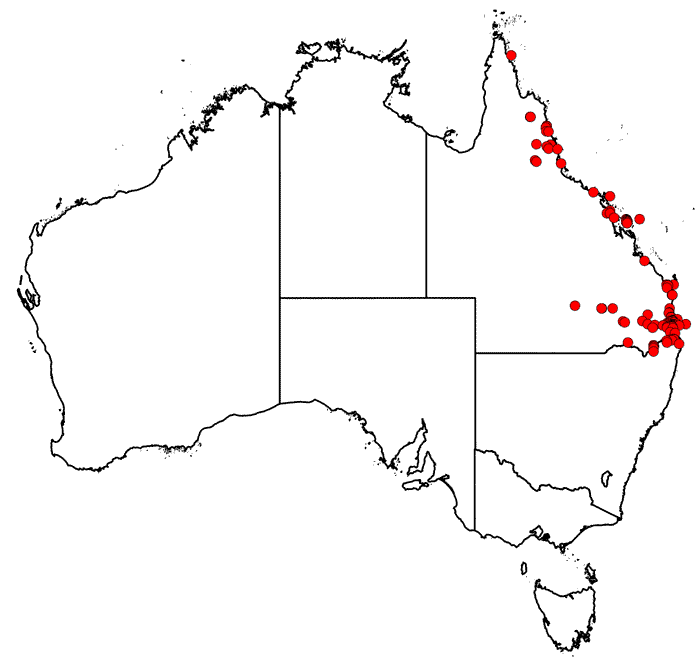