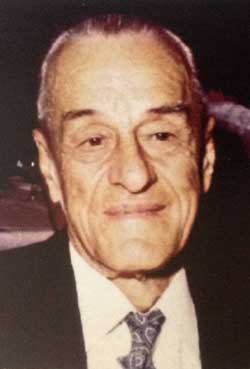 Jack Wilkie was born on the Croydon Goldfield in 1902. He lived most of his long life at Babinda, north Queensland.

In his earlier days he prospected for gold in the Bellenden Ker Range, discovering the Bartle Free Goldfield. These days in the rugged ranges made Wilkie into a resourceful bushman and also instilled in him a lifetime love of orchids.

He sent specimens to Rev. Rupp, Trevor Hunt and Alick Dockrill. Among these were 16 which were to become type specimens. Included among these were: Dendrobium wilkianum, D. luteocilium, D. cancroides, Phaius pictus and Eria inornata.

Jack Wilkie became the unofficial king of Mt Bartle Frere' climbing the 5000 foot on numerous occasions and cutting the track for the mountain installation of the Bellenden Ker cable car. His last climb of Bartle Frere was when he was 79.

Three species were named in his honour. but none of these names survives today.