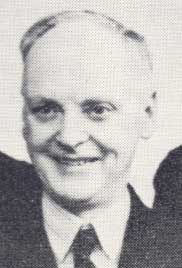 On 15th May 1973 Mr. E. H. Ising guest botanist at the State Herbarium Adelaide, passed away after a short illness at the age of 88. Mr. Ising was born at Norwood on 1st July 1884: A paternal Great Grandfather was a watchmaker and jeweller who came from Lubeck, a German port on the Baltic Sea. His paternal Grandfather was born at Nairne in the Adelaide Hills. Ernest's early schooling was undertaken at Thebarton Primary School. Later on his family moved to Upper Sturt where his father bought a small property. They lived there only about a year.

Because of indifferent health Mr. Ising went to live at Victor Harbor where he worked at Bells Drapery Store. Later on, about 1905 or 1906, he was in partnership with .James Wilton as a Photographic Dealer at Victor Harbor. His early interests in natural history and photography were undoubtedly nurtured in these early years when he took long walks and observations of flora and fauna in the Victor Harbor district.

In the early years of the First World War he joined the South Australian Railways where he worked for many years as clerk and paymaster. On 26th March 1913 he married Isabella Lockhart Quin, who bore him one son Geoffrey Ernest,. b. 21.11.15 and three daughters, Isabel Christie, b. 2.2.18, Margaret Lucy, b. 17.12.19 and Helen Christie, b. 30.8.24. After the War both Mr. Ising's parents died soon after each other, and he was forced to battle hard in those years of his life to provide for his family.

For almost twenty years between the end of the First World War and 1940 Mr. Ising made priceless contributions to South Australian Botany. In 1915 he took part on the Field Naturalists' Section long weekend excursion on October 8 to Blinman, Ferguson Gorge, Moolooloo Station, Mount Patawurta and Nuccaleena Mine, where he collected some of his very first herbarium specimens. Other early plant collections were made near Henley Beach and Enfield an outer Adelaide suburb: the collections from Enfield (Brook's Scrub) being especially valuable for many shrub and perennial species have now been wiped out by settlement. A series of important articles published in the Transactions of the Royal Society in 1922 are the result of a trip he accomplished along the Transcontinental railway line between Hughes and Kingoonya during September 5 - 24, 1920.

Because he was employed by the Railways, Mr. Ising was able to use his pass to travel to remote outback areas of northern South Australia. A good deal of his work therefore was accomplished in the Oodnadatta region and near Pedirka. In 1933 he paid a visit to Horseshoe Bend, Alice Springs and MacDonnell Station 240 kilometres north east of Alice Springs. The Monarto South - Kinchina district attracted his attention in the middle 1920s. In conjunction with Professor J. B. Cleland and J. M. Black, a valuable paper "The Plants of Kinchina and Monarto South" was published in the South Australian Naturalist in 1926.

Other important work was accomplished by him in the Wudinna and Darke Peake districts of Eyre Peninsula, at the River Finniss, near Penola and Lucindale in the South East of the State and with Professor Cleland at Mount Remarkable, Melrose.

The death of his son Geoffrey Ernest, a navigator in the Royal Air Force, whose plane was shot down over Burma in 1943, was a heart felt blow. He resigned from the Field Naturalists' Section and took solace in religion. He became an ardent lay preacher in the Methodist Church in the Hills circuit around Crafers and Stirling. It was his custom to visit the various churches as preacher and organist; and was also a Sunday School Teacher at the Stirling Methodist Church. For a number of years Mr. Ising paid scan t attention to his natural history pursuits; indeed it was not until 1954 that Miss Eardley and a little later Dr. Eichler, gradually encouraged him to renew his botanical investigations.

His youngest daughter Helen lived at Evelyn Downs from 1944 -55 where her husband managed a sheep station. Her father used to visit there once a year when he helped in the woolshed during shearing time and even learnt to bake oven bread. The station which received mail from Oodnadatta only once a month was very isolated, being 65 kilometres from the nearest neighbour. It was usual for Mr. Ising to walk to distant parts of the station making arid plant collections; but occasionally a vehicle would take him to places 60 to 80 kilometres away. A Goodenia species G. helenae discovered on Evelyn Downs Station, he named after his daughter.

During the second period of Ising's botanical endeavour from 1955 -73 he rendered outstanding work into studies of the Family Chenopodiaceae, in particular the Genera Kochia, Bassia and Atriplex. Altogether, Mr. Ising described *53 species or varieties of plants many of which were new to science.

Mr. Ising lived at Stirling where his wife was proprietor of the popular afternoon tea spot known as "Primrose Tea Gardens". With the rerouting of the Hills Freeway in the 1960s the Isings moved to a spacious property with a fine garden on the Crescent at Crafers. Failing eyesight curtailed his work and though an operation somewhat improved the affliction, he published his last contribution "Six New Species of Bassia All" in 1969.

The authors had the pleasure to know Mr. Ising at the Herbarium where he worked in an honorary capacity as one of the Herbarium botanists. He was a kindly old man, a real gentleman, who was ever willing to lend encouragement to the young botanist and collector. If he knew a person was visiting any remote place in the interior, he would always make a humble request that a sharp lookout should be made for his beloved Chenopodiaceae. He was fond of a joke and delighted in making little puns in his own unassuming manner. Ernest Ising was one of the last of that generation of fine naturalists and professional scientists including J. M. Black, Professor J. B. Cleland, H. M. Cooper, Professor T. G. B. Osborne, S. A. White and H. M. Hale who served the State of South Australia so admirably during the period 1920-70.

Dr. Eichler in an obituary notice published in the "Adelaide Advertiser" stated that together with the late J. M. Black and Sir John B. Cleland he ranked foremost in advancing the knowledge of our State flora. Perhaps too in retrospect we should add that it was a pity he did not receive more recognition in scientific circles. Ernest Ising devoted the best part of his life to the study of botany; and it is most gratifying to learn that a grandson William Morris studies Botany at the Melbourne University, and is carrying on the family tradition. Mr. Ising was survived by three daughters, 13 grandchildren and four great grandchildren. His wife predeceased him in 1972.

*Two further species of Bassia will be published posthumously.